Do you want your local School Advisory Councils/Boards working more effectively with you on Student Achievement?

Everyone wants what is best for kids and therefore for the schools. The problem is we don’t always agree about what is best for kids and for the schools. Many different people and groups are involved in trying to determine what schools should do. Often times our differences of opinion or just the way we try to communicate our wishes can cause problems for ourselves and for the school district. The relationship between individual advisory school boards and district school boards or even just how they communicate with each other has often caused problems in many school districts. 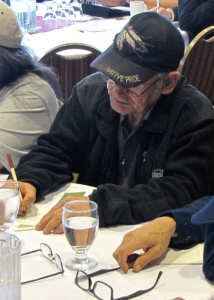 The active advisory-board, in seeking its own identity and function, too often charts a collision course with the district school board through competition for final decision-making authority relating to school policy. Rare is the advisory board that is content when merely advising. Clearly the school board advisory group relationship deteriorates when the parties struggle to see who will make educational decisions.

The purpose of this idea paper is designed to maintain the integrity of the school board in its right to make final decisions, yet provides insight for advisory groups on how to effectively influence the school board’s decision-making process to insure favorable outcomes. The major premise is that the school board, properly approached, will invariably support a well thought out proposal advanced by advisory groups.

1. Plan their goals and activities as well as they expect school boards to plan theirs.

2. Involve school officials and the board members in their planning sessions, just as they want to be involved in the board’s sessions–this communication early on solves many potential problems.

3. Follow all of the Board’s activities and not just the ones they are interested in. Support of issues not of immediate interest to advisory group concerns could well earn board support in an important area later on. It could also explain why the board voted the way it did on advisory group related items

4. Never be adversarial in attitude toward the district board. Being positive and supportive will be much more productive.
How about a little praise for board members?
Be positive even when the board disagrees–remember next time.
Be honest — be accurate — don’t exaggerate!

5. Forget the power plays.
No petitions
Don’t pack the meeting with advocates for your cause.
(A substitute to these moves is to suggest a public hearing
be conducted by the board to gain insight into public sentiment.)

6. Learn correct timing.
It is senseless to suggest a major budget expenditure or program revision after the budget has been approved.
It is poor timing to initiate opposition to something after the work sessions and deliberations are over the agenda item is scheduled for approval. Opposition should be voiced, if need be, prior to culmination of work up, public hearings, etc.
Learn when and how to incorporate your ideas into board action.

7. Offer positive, realistic alternatives to board proposals.
Demonstrate support of unpopular decisions when it is clear that there is no other logical course of action.

8. Get to know the board members as people and let them get to know you.Much more exchange of ideas will occur under these circumstances.
Invite board and school officials to discussion groups, coffees, etc.
Honor them at dinners, meetings, etc.

In summary, advisory boards will be most productive in influencing school board decisions when advisory groups become proficient in creating a no-threat, nonadversarial yet supportive working relationship with that school board.

In everyday language we call this “the powers of persuasion.”