We Must Begin to Celebrate Our Teachers 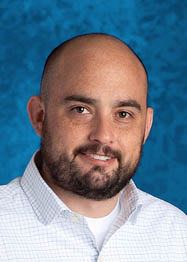 When my administrator said that he had nominated me for Alaska Teacher of the Year, I didn’t know how to react. I was deeply moved; learning that he, a number of generous colleagues, parents, and our superintendent thought highly enough of me to give their recommendations, meant more to me than eventually being appointed to the position. I was honored, but I was also full of apprehension. Like most of the teachers serving in classrooms throughout our state, I don’t love my job because it gets me attention. On the contrary, outside of the classroom, I am hardly a natural public speaker. Although I may be described as eccentric and animated when in front of my class, I am also known by my colleagues to suffer from a slight trembling of hands and knees when in front of an audience of adults. I often wonder if part of the reason my administrators nominated me was the hope of chuckling as I wilt in the spotlight. I don’t love my job for the attention. I love my job because I get to share my passion for literature with my students who overwhelm me in return by teaching me new things every single day. But I also love my job because I know, in my bones, that it is the most meaningful, important, challenging and powerful work I could possibly be doing. 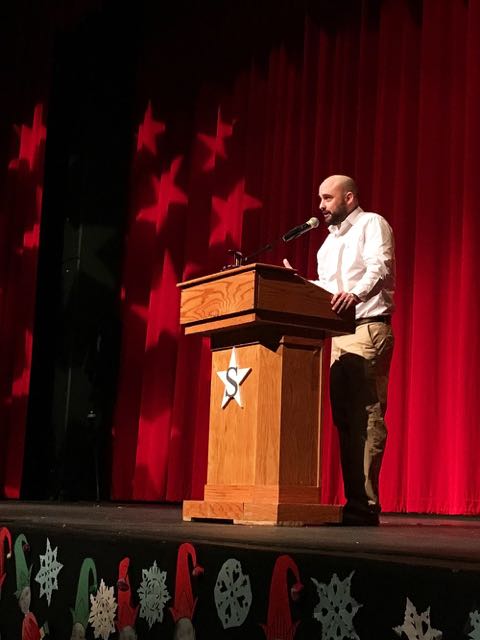 Commissioner Johnson surprised me at a school assembly to announce that I had been selected as 2017 Alaska Teacher of the Year. This was my first speech, which was definitely difficult to get through without choking up, especially in front of all of my amazing colleagues and those awesome students!

Being chosen to be the 2017 Alaska Teacher of Year has been an honor, but it has also felt strange, because I am only one of a precious legion of others who dedicate their very best selves to educating the youth of our great state, and it makes little sense to honor one of us when the vast majority in my profession here in Alaska are not only uncelebrated, but woefully undervalued. So along with some outstanding and surreal opportunities this year has offered me, including meeting and sharing some of my perspectives with Secretary Betsy DeVos at the U.S. Department of Education, meeting President Trump in the Oval Office, and getting some of the best Professional Development opportunities I’ve ever received, this year has also presented me with an uncomfortable mandate: to use whatever voice this position has given me to demand that we begin to celebrate our teachers. 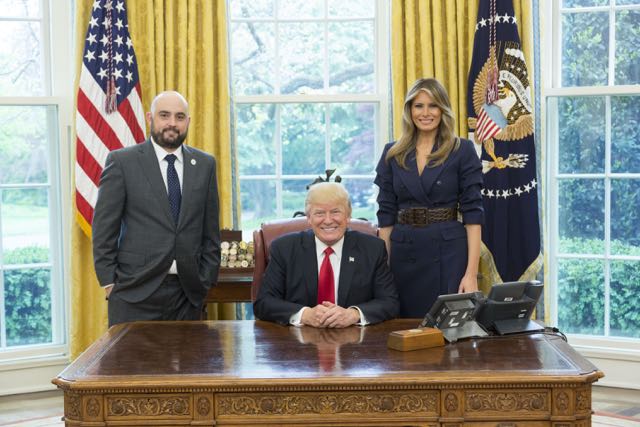 With constant pushes from the world outside of the classroom to adopt shiny and expensive new pedagogies, and with the pressure to somehow take everything we give to our students in each unique, exhausting, exhilarating, infuriating, hilarious, devastating and totally normal school day and shove it through the meatgrinder of assessments so that it’s all digitized and quantified into neat little piles of data supposed to generate epiphanies and validations of those pedagogies, it shouldn’t be surprising that teachers often feel like tiny parts of a machine whose purpose is no longer familiar to them. Couple that with the sense that the community increasingly expects teachers to charm students into performing rather than disturb them with such anachronisms as failing grades or truancy, and teachers begin to feel less like respected professionals entrusted with the mentorship of our youth, and more like customer service representatives. One of the first things I learned at the Council of Chief State School Officers (CCSSO) National Teachers of the Year Induction was that if we want to change the public perspective of education in our state to one in which our community members remember the vital role that teachers play in the life of our communities, the tremendous effort they make to support and nurture the minds of our youth, and the invaluable example they set as role models of dedication and public service, we have to start making a point to celebrate them, to give them the spotlight they deserve, however little they may crave it. 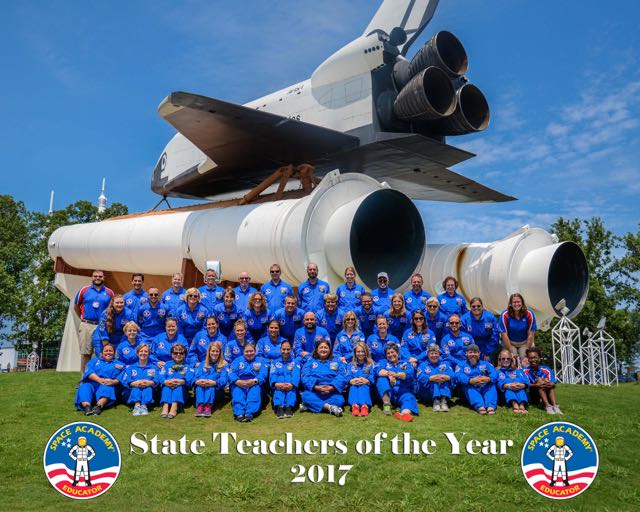 With other 2017 State Teachers of the Year at Space Camp (Center, second row from front) 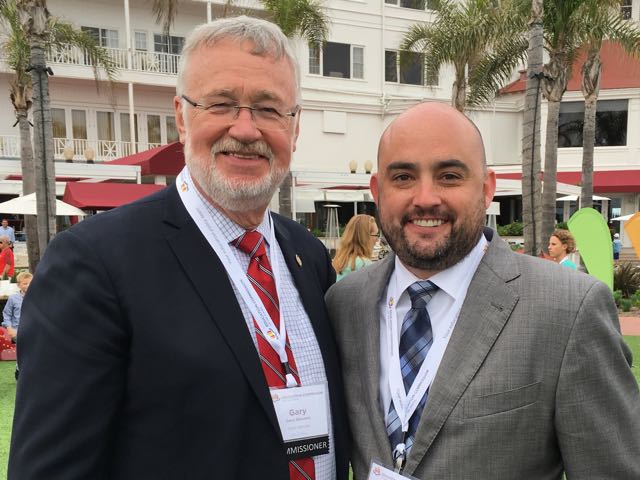 Aside from the Alaska State Teacher of the Year Award, which receives, compared to other states, a low number of nominations, the primary way our state recognizes quality teachers is through the BP Teachers of Excellence Awards. As a 2015 BP Teacher of Excellence, I can say that that was the first time that I had ever been so publicly honored, and it was both completely overwhelming and an experience that reignited my dedication to the profession. While this is an excellent program, and a good example of how inviting the business community to celebrate teachers can have a strong impact on public perspectives of education, it’s relegated to a relatively small area of our state: Fairbanks, Anchorage/Mat-Su, and the Kenai, and then five or so teachers from outside areas. There are other national programs that our state participates in: the prestigious Presidential Math and Science Awards, the Milken award, and some at the district-level, my particular favorite of which is the KPBSD School Board’s Golden Apple Awards, which doesn’t only celebrate teachers, but also recognizes the efforts of community members, Education Support Professionals, and coaches who have been strong supporters of education. But compared with what I’ve learned about how teachers are recognized in most other states, Alaska is startlingly behind. My objection to our shortfall on this front is not only personal, having spent a year receiving accolades that I desperately wish I could share with the countless quiet heroes throughout the state that keenly deserve them, it is also because this oversight translates into very real economic and cultural threats to the future of Alaskans. Why do we need to celebrate teachers for doing their jobs? Beyond simply shifting Alaskans’ perspectives on public education, we have to acknowledge that our teachers, especially those who, like me, fall under Tier 3 of our retirement program, are making a conscious choice to continue in a profession in which they face ever-rising student loan payments and a fairly bleak future in terms of retirement. And we are losing them at a chilling rate, particularly our new teachers. Four young teachers in my relatively small building have left in the past two years alone. Some of them have continued in education in other states where there are better opportunities to retire with dignity, and some have left the profession entirely. 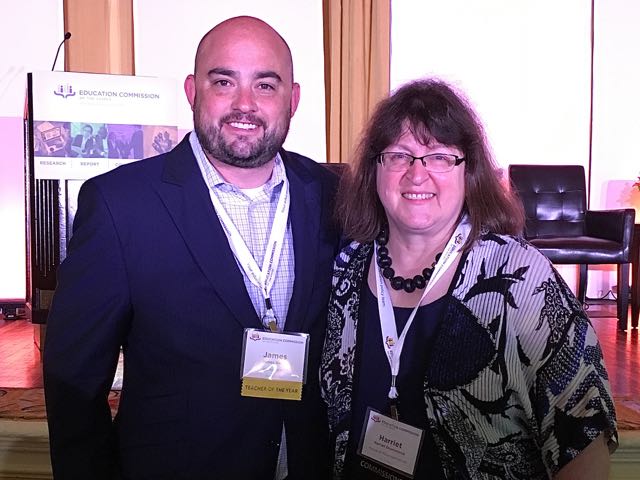 When I ask the Alaskan teachers I’ve met this year about the future of education in our state, this is the general consensus: we are eating our young. The lack of stable forward-funded and flat budgets throughout the state endanger our students’ ability to succeed by perpetuating uncertainty and the sense that painful and debilitating cuts are always imminent – a potent poison for young teachers just starting out. New teachers are facing larger and more complex demands, larger class sizes, and less professional development than previous generations of teachers. Alaska has developed a striking generational inequity clearly recognizable in our education system: the future opportunities of our students wax and wane, while the future security and benefits of our younger teachers seem to be scraps left behind by our predecessors.
If I am describing systemic problems largely beyond our control which are causing many of our best teachers to leave our state, we must, at the very least, find ways to honor and celebrate those who make a conscious choice to stay. 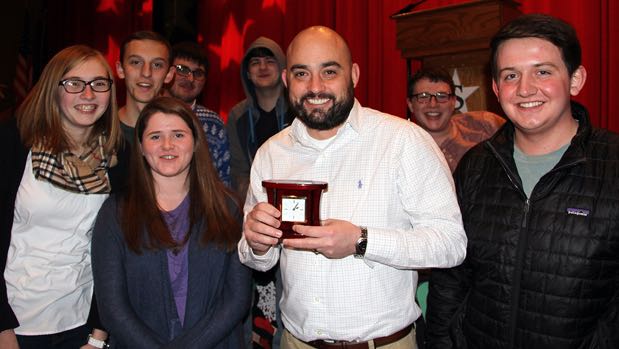 So I challenge School Boards to examine ways in which they are recognizing, encouraging, and celebrating their teachers. This need not come from the development of a new district award that costs a lot of time and money if that is unfeasible. It can start through general acknowledgement on a regular basis. I clearly recall a few years ago when now President of the KPBSD School Board, Penny Vadla, while going through the list of that year’s retirees for the Board’s vote to approve their resignations, paused to speak for just a moment about a name on that list. It was Sarah Jones, my mentor teacher, who was leaving the profession after a long career, and Vadla took the time to recognize the tremendous impact that she had had on students and the community. That small action, that small reflection on what one of us had given, meant so much. That kind of consideration, that kind of heartfelt public recognition, is needed for all teachers, particularly the younger ones, who are sacrificing so much to benefit all of us.
# # #