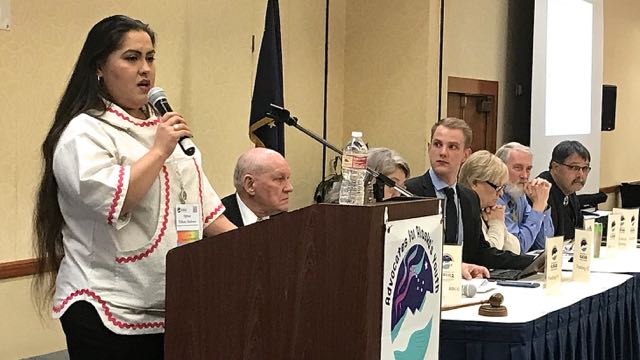 On Sunday, November 11th, the AASB membership met as a Delegate Assembly to approve the final resolutions that make up the document “Where We Stand 2019”. These resolutions provide the basis upon which the association may take a position on a wide variety of topics and issues facing education and students in the state of Alaska.

The resolutions process began in July with the AASB Board of Director’s review of the existing resolutions from 2018. It continued in August through early October when districts had the opportunity to submit amendments or new resolutions for the membership to consider. On Thursday, November 8th, the Resolutions Committee met to examine all existing, new and amended resolutions. The Resolutions committee is made up of any district representation that attends the committee meeting. Participation this year was very limited, and we heartily encourage boards to send a representative. 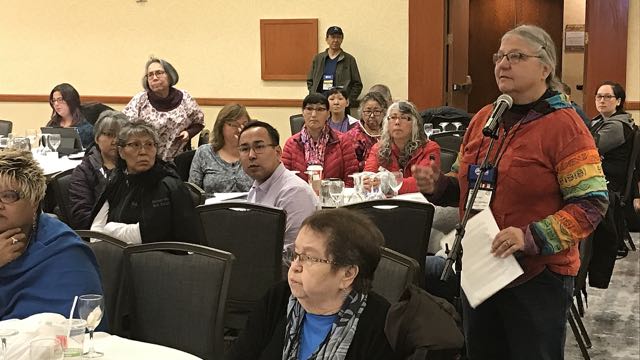 A delegate offers clarification to a resolution amendment.

The Resolutions Committee votes to recommend to the membership action on its resulting from its work on Thursday. This year, both the committee and the delegate assembly seemed to focus on issues dealing with Child Advocacy (i.e., support for opioid abuse prevention, electronic nicotine delivery use and secondhand smoke, sex abuse awareness and prevention education, and sexually transmitted infection).

There were several resolutions within the Personnel section, which were discontinued, as they were no longer applicable, such as the retire-rehire issue. Finally, in Education Programs we witnessed the inclusion of three new resolutions. One focused on supporting the arts in education. 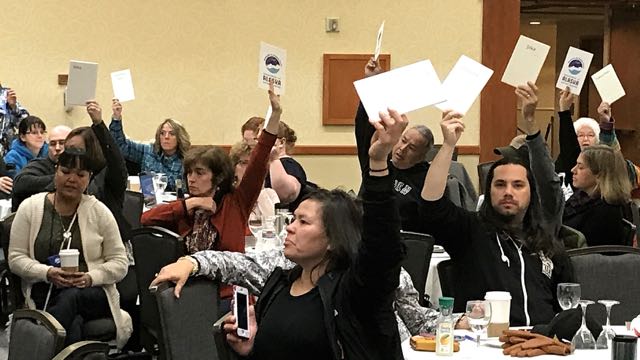 Delegates vote on final passage of an amended resolution.

Two new resolutions were approved from the floor of the delegate assembly, an unusual occurrence. This process necessitates the suspension of the rules, which requires an affirmative 2/3 vote of the delegate assembly. The two new resolutions focused on the preservation/restoration of Alaska Native languages and the support for an annual statewide Alaska Native Language conference.

The resolutions for 2019 can be found in the Where We Stand document at the following link: