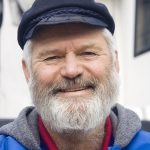 Education is perhaps the single largest responsibility of the Alaska state government. The Alaska House Majority Coalition has made clear that our constitutionally mandated obligation to provide K-12 education and to support the University are amongst our highest priorities.

We understand that education is an investment in the future of our state. We are preparing our children and grandchildren for success; we are training our citizens, workforce, and the leaders of tomorrow. We are deciding our fate today, and will get out what we put in.

Education in Alaska faces a number of challenges, from small communities with few students to larger communities with high teacher student ratios. Alaska has also seen success with increased graduation rates across the state and more graduates going on to higher education and careers.

We need to continue to be creative and innovate. The Alaska Department of Education has been cut by $124 million and the University has been cut by more than $50 million in the past two years as Alaska responded to the crash in revenue that came from low oil prices. Even with those reductions, we have spent more than $10 billion in savings since 2014. In order to continue making progress in the face of our educational challenges, change must be embraced; but we cannot close the budget deficit on the backs of schools and the University and simply ask our districts to do more with less.

Protecting our schools and growing a strong education system will require balancing the budget with something other than cuts. This is one of the central reasons the Alaska House Majority Coalition formed to solve Alaska’s fiscal crisis.

As we promised when our coalition formed, the Alaska House Majority Coalition has passed our four pillar plan which fully funds the state budget without further cuts to Education. Once completely implemented over the next two years, HB115 Education Funding Act, House-SB26 Permanent Fund Protection Act, HB111 Oil & Gas Production Taxes and Credits along with sensible budget cuts will provide the stability our economy needs to move out of recession while being fair and balanced across the economic segments of Alaska.

A solution to our fiscal crisis is within reach this year. It is unfair and imprudent to take a Permanent Fund only approach and retain hundreds of millions in deficit to encourage further cuts. Alaskans believe in investing in our future. We can do so while maintaining at least a $1250 Permanent Fund Dividend and still have one of the lowest state tax burdens in the country.

The legislature has two competing visions. The Alaska House Majority Coalition promotes a comprehensive plan to balance the budget in a way which will move Alaska upward out of recession. The Senate currently proposes a plan to continuing structured deficits and reliance on big annual reductions in state services through budget cuts. We all struggle to see which vision has the support of the people across Alaska and your input is vital!

I join my Alaska House Majority Coalition colleagues to protect Alaska education by standing firm in support of a fiscal solution where Alaskans, industry and out-of-state workers all contribute an equitable proportion to safeguarding our future and creating the Alaska we want to live in.