Election Got You Down? Vote Anyway! 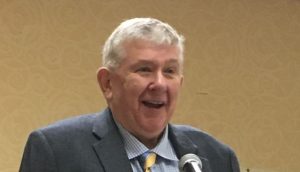 It’s been quite the election season in Alaska’s state-wide races. With a plethora of legislative retirements and this being a regular election cycle we have ten Senate seats, one-half of that body, and all forty House seats up for election.

We also started the governor’s campaign with two sets of candidates which turned into a three-way race shortly before the ballot deadline. The race was turned upside down with the surprise announcement of the resignation of Lieutenant Governor Mallott and his removal from the ticket. Then an even greater surprise as Governor Walker during his AFN speech announced he had suspended his run for Governor. This brings us back to a two-way race, although the ballot will still have all three candidates for governor as well as former Lieutenant Governor Mallott listed.

Add another wrinkle for those who either voted early or by absentee ballot. Depending on who you voted for, your vote may not count since that person may have suspended their run for office.

This has all created incredible confusion within the voting public of Alaska. It’s confusing to those of us who are familiar with the process through our day-to-day responsibilities. Imagine how confusing it must be to those who are not connected to the process or who do not have a clear understanding of it.

However, more disturbing have been several conversations I’ve had with acquaintances here in Juneau as well as on a recent business trip to another Alaskan community. The first conversation I assumed was just an anomaly, but after several conversations of the same nature, it appears to be a growing trend. This conversation, or a similar variation of words, goes something like, “This election has disgusted me. I’m not even going to vote!” That attitude is personally abhorrent to me.

The first time I ever was eligible to vote, I was in the military serving in Viet Nam. The military was so adamant about serving members being able to exercise their right to vote that helicopters carrying absentee ballots from every state made special flights into the field to deliver the ballots, wait for us to mark them, then fly them back to the rear echelon. Our completed ballots were then sent back to the U.S. to meet the deadline for absentee voting.

This experience made a lasting impression on me that my right as a U.S. citizen to cast a vote was something special. I’ve never forgotten that feeling and have always considered it not only my duty to vote, but a privilege as well.

The Association of Alaska School Boards by virtue of Board Policy does not make a stand for or against any candidate:

“The Association shall not take an official position to endorse nor oppose candidates for political office, either partisan or nonpartisan. “

My “ask” of each reader of this article is that if you should hear of anyone expressing the idea that they are not going to vote because of all the confusion around the election, that you try your best to dissuade them of that position. You might remind them that Alaska has a history of “razor-thin” outcomes deciding the outcome of the election even as late as the just past primary elections. Also notable is that Alaska in the recent past has had elections that finally had to be decided by a toss of the coin. Every vote counts. Every vote is important. And the right to vote is a sacred responsibility.

My fervent hope is for as many education advocates as possible to make the trek to the voting booths on November 6 and vote for the candidate of their choice to represent the children we serve. Be certain you vote, as well as making certain your friends and neighbors vote.