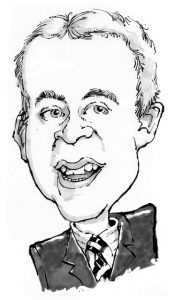 Part three of a four-part review of Freedom of Expression in Schools.

Can a school employee post a harsh critique of a school board’s decision on social media? How about a post stating that the school board should not renew the superintendent’s contract? Can the employee be disciplined or even fired for such posts? Does the First Amendment protect such speech?

Both the United States and Alaska constitutions grant school employees free speech protections. An Alaska statute also grants teachers, but not all school employees, specific free speech rights. Of course, these protections do not cover all speech. Teachers may have the right to post stupid things online, but they do not necessarily have a right to keep their job for doing so. In fact, countless teachers nationwide have been fired for a wide array of social media posts including (1) nude photos, (2) photos of alcohol and drug consumption, and (3) posts that mock students’ appearance, intelligence, and hygiene. The courts have consistently upheld discipline for such inappropriate posts.

School employee speech about a matter of public concern is a different matter. While a school employee obviously enjoys the right to comment on national political issues without losing her job, what happens when she criticizes her employer – the school district?

The seminal United States Supreme Court case of Pickering v. Board of Education of Township High School District 205, Will County, Illinois, 391 U.S. 563, (1968) was decided in 1968. Pickering was a teacher who wrote a letter to the editor criticizing the School Board’s handling of a bond issue and budgeting of school district funds. The letter also criticized the Superintendent for trying to prevent teachers from speaking out against the proposed bond issue. Pickering was terminated by the School Board for the letter to the editor.

The United States Supreme Court held that the letter to the editor was protected speech under the First Amendment and that termination was unconstitutional.   The Supreme Court explained that there must be a “balance between the interests of the teacher, as a citizen, in commenting upon matters of public concern and the interest of the State, as an employer in promoting the efficiency of the public services it performs through its employees.” Pickering, 391 U.S. at 568. The Supreme Court listed several factors to consider when engaging in the balancing test such as (1) whether the statements were directed toward a person with whom the speaker would normally be in contact in the course of his daily work, (2) whether maintaining discipline by immediate supervisors or harmony among coworkers would be threatened by the speech; (3) whether working relationships requiring personal loyalty and confidence were at issue; and (4) whether the employee’s action impeded the proper performance of his daily duties or interfered with the regular operation of the schools generally. Pickering, 391 U.S. at 568-573.

In Alaska, a specific statute addresses teachers’ free speech rights. The Alaska legislature adopted AS 14.20.095 in 1965 before the Pickering decision. AS 14.20.095 provides: No rule or regulation of the commissioner of education, a local school board, or local school administrator may restrict or modify the right of a teacher to engage in comment and criticism outside school hours, relative to school administrators, members of the governing body of any school or school district, any other public official, or any school employee, to the same extent that any private individual may exercise that right.

The Alaska Supreme Court again upheld the dismissal over a vehement dissent from Justice Rabinowitz, which cited AS 14.20.095.   454 P.2d 732 (1968). The Court stressed that Seward was a small district with only thirty teachers and the Superintendent had a close working relationship with teachers and students. Watts, 454 P.2d at 735. The Court found that the harsh criticism would certainly affect working relationships and the harmony of the school district. Id. In addition, the Court found that calling for the ouster of the Superintendent was not a matter involving public funds or a matter on which the student voted. Id. at 376. The open letter was published in 1959 and AS 14.20.095 was not passed until 1965. Unfortunately, AS 14.20.095 has not been interpreted by the Alaska courts, but its language grants teachers additional free speech rights beyond those granted by the United States and Alaska Constitutions. Its protections only cover teachers’ comments outside of school hours and it only protects teachers, not all school employees.

School employees do not have unfettered rights to disparage their supervisors, but they do have the right to comment on matters of public concerns involving the school district. With the rise of social media, school employees can now criticize a school district with the click of a button.   In Alaska, whether that speech is protected will depend on (1) who is speaking, (2) when and where they are speaking, (3) the nature of the speech, and (4) the unique facts of the school district and the employee’s workplace.