“I Support What??” – Union Membership, Compelled Speech, and the First Amendment 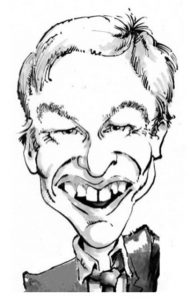 Part two of a five part series on union issues in schools.

In 2015, Governor Rauner of Illinois filed a federal lawsuit challenging the constitutionality of an Illinois statute. Why, you might ask, could that be relevant to Alaska’s educational community?

First, the case involves an Illinois statute that provides that a public employee union can collect a fee from employees in the unit represented by the union … even if any employee does not want to join the union. This fee is commonly called an “agency fee” or “fair share” (the term often used by a union). This fee is also authorized under Alaska law and is present in many public employee contracts. (AS 23.40.225)

Second, the case is now before the United States Supreme Court. (Janus v. American Federation, Council 31). The case was argued before the Court on February 26th and a decision is expected by June. (You can listen to the actual argument here)

While every case before our highest Court is a “big case,” this is a critically important case for all public employers that have organized (union) employees. An agency fee means that a union (e.g. NEA-Alaska) can negotiate with a school district to require covered employees that do not join the union to, nevertheless, pay for union negotiation efforts.[1] Agency fees provide a significant source of funding for unions.

The primary argument for allowing this practice is that the union – which sought and is the exclusive bargaining representative – is obligated to negotiate for all the employees in the bargaining unit – including those who do not choose to join the union. Requiring public employees to pay for the cost of collective bargaining minimizes the so-called “free rider” effect.

This rationale has carried the day for over 40 years. In 1977, the US Supreme Court held unanimously that agency fee provisions were constitutional in public employer negotiated agreements. (Abood v. Detroit). The Court held that while nonunion members could be compelled to contribute to their share of costs of collective bargaining, they could not be compelled to contribute funds used to finance ideological causes not germane to collective bargaining.

And ever since then, the Court has struggled with the Abood decision and whether the decision – and agency fees – actually violates … the First Amendment. The persistent First Amendment concerns are: (1) is it actually possible to distinguish between collective bargaining efforts and ideological efforts (chargeable and non-chargeable activities) and (2) can a government employer force a person to pay money to a union that he/she may not support without compelling that employee’s speech. This latter concern is significant when the employer is the government because it is hard to distinguish between bargaining and lobbying on critical issues such as, for instance, the size of the budget and the size of government. This raises important First Amendment concerns because It is a “bedrock principle that … no person in this country may be compelled to subsidize speech by a third party that he or she does not wish to support.” (Harris).

Will this case be a close call? Yes. The very same issue was before the Court in 2016. (Friedrichs) It was argued in January, 2016. Justice Scalia died unexpectedly in February. And in March, the Court noted that it was tied 4-4 (thus affirming the lower court decision). And so now the issue is back before the Supreme Court. Justice Gorsuch is likely to be the deciding vote. Interestingly, during oral argument, Justice Gorsuch did not tip his hand; he said not a word. But his words, and his vote, will speak loudly when the decision is issued in the next few months.

[1] The union is required to determine the % of fees that are “non-chargeable” (fees related to lobbying activities or ideological policy issues) to agency fee payers (non dues paying members). This is called the “Hudson notice.” In a Hudson notice from the 2015-16 school year, NEA-Alaska concluded that 67% of the dues were chargeable to non-member agency fee payers. The chargeable/non-chargeable calculation is, at best, murky.