At their recent meeting in San Antonio, the National School Board Association (NSBA) Delegate Assembly voted to create a voting seat on the NSBA Board of Directors for the American Indian/Alaska Native Council of School Board Members.

The idea was first proposed by AASB, and we encouraged Pacific Region delegates to carry it forward to the Delegate Assembly. Many people worked publicly and behind the scenes to gather support for the measure, which was overwhelmingly passed on April 6.

This is a huge step forward in AASB’s equity efforts. Many thanks to our delegates Tiffany Jackson and Michael Swain for their leadership in this effort! 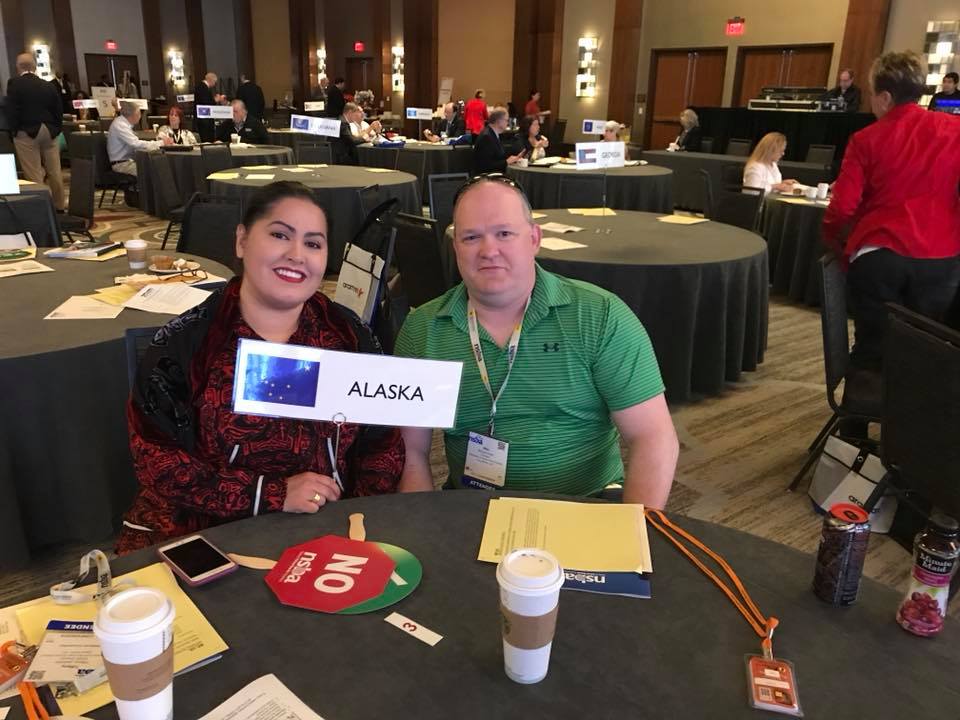 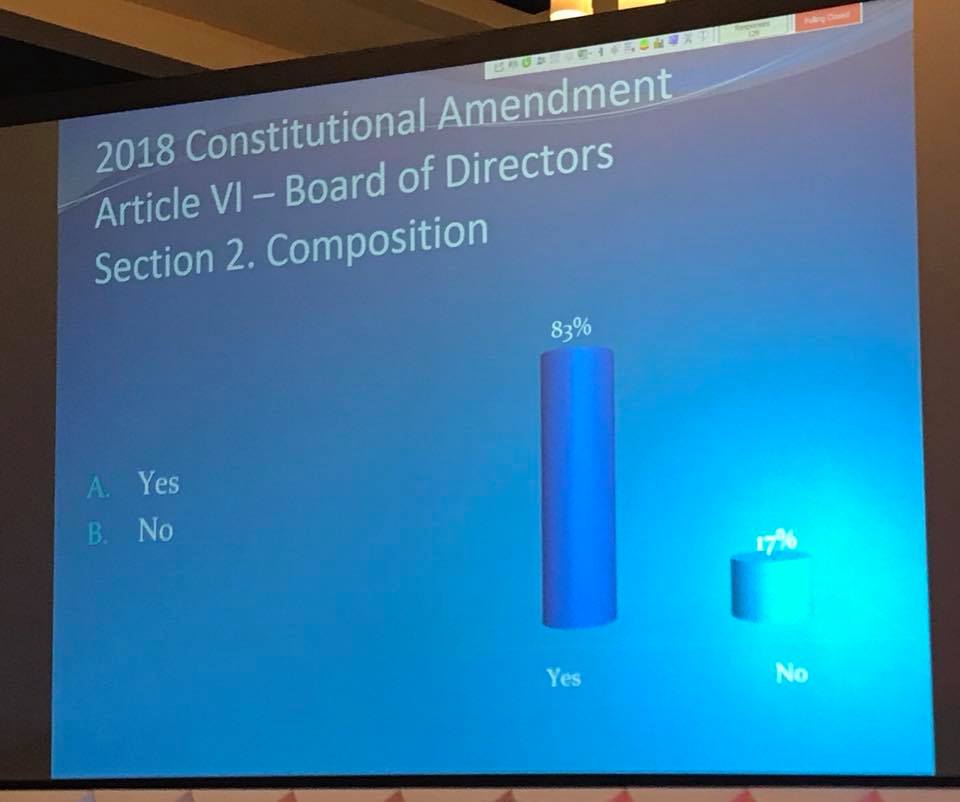 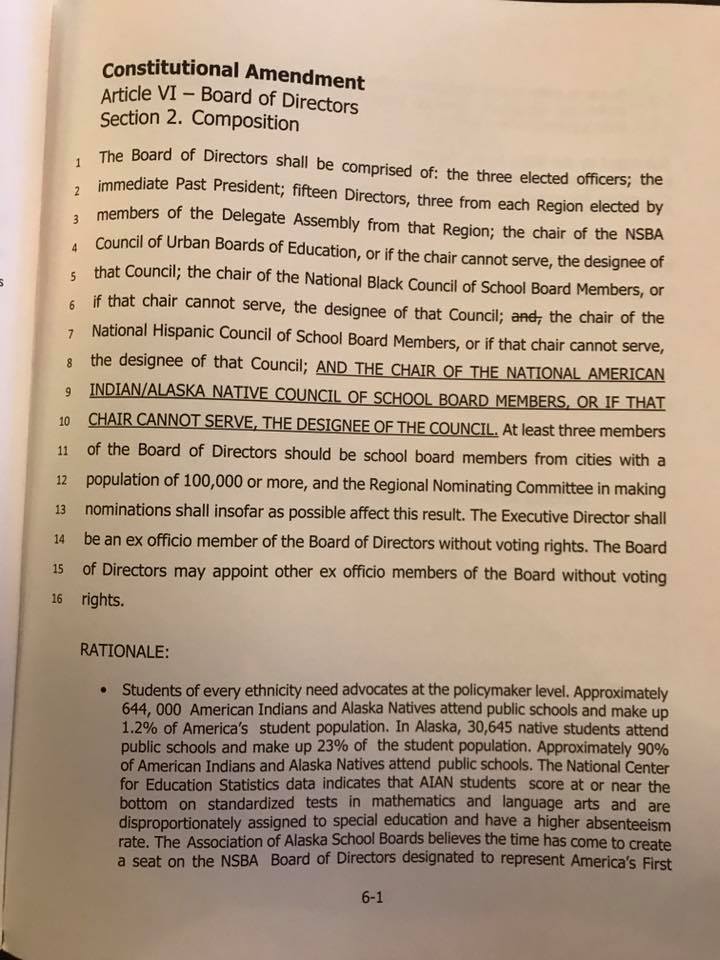