The Alaska I helped build is under attack 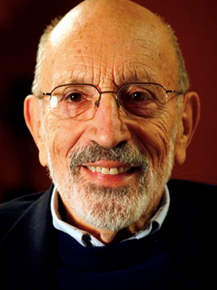 As one of the founders of Alaska statehood, I am appalled by Gov. Mike Dunleavy’s proposed budget, which drastically cuts funding for K-12 education and the university, and slashes health services for 213,000 Alaskans, half of them children. It reduces support for seniors and undermines the taxing authority of local governments across the state.

The Alaska that I helped to build is under attack. When we wrote Alaska’s Constitution in 1955-56 and achieved statehood in 1959, we established a structure of state and local government to provide essential services. Now, 60 years later, the ideals of statehood and our constitution are under assault by Gov. Dunleavy and his people.

Alaska had education programs before statehood, and Pioneer Homes since 1913. We supported the University of Alaska, which has been preparing young people to advance Alaska’s economy since 1922. The state shared income with local governments since the 1960s. These are not new services; they are foundational infrastructure.

That is how government invests in its young to strengthen our future. That is how we strove to improve the quality of life for Alaskans to be healthy, educated and able to participate in community life.

If enacted, the governor’s proposed budget, legislation and constitutional amendments would radically transform Alaska into an impoverished state. Here are just a few examples of his terrible proposals.

Public Education Article 6, Section 1 of the Alaska Constitution states, “The Legislature shall by general law establish and maintain a system of public schools open to all children of the State and may provide for other public educational institutions.” Several court cases have articulated the responsibility of the state of Alaska to pay for education services throughout Alaska.

The governor’s budget reduces the per pupil appropriation for K-12 schools. This reduction would force school closures across the state and create K-12 class sizes in excess of 40 students. This proposal would make a mockery of our constitutional language and longstanding case law regarding the state’s responsibility for public education and access for all children.

Adding insult to injury, the governor’s attorney general claims that private school vouchers could potentially be used by parents to send their children to sectarian and religious schools — a clear violation of the constitution.

The largest proposed reductions have fallen to Medicaid, which provides health coverage for seniors, children and people with disabilities. Half of the beneficiaries are children. A Medicaid cut of $714 million puts 77,000 Alaskans at risk without health insurance. Perversely, Alaska would lose $465 million of federal matching funds.

Since 1913, Alaskans have maintained Pioneer Homes because we value our elders and are willing to give them a helping hand when they near the end of their lives. The governor’s proposal shifts the cost of care for seniors to the seniors in the Pioneer Homes. The cost to individuals could increase as much as 140 percent.

Basic human decency and our longstanding Alaska values call us to defeat such proposals. Alaska’s constitution established the University of Alaska as the state university, continuing its role as the institution of higher learning since 1922.

We cannot have an educated and capable workforce, or solid economic growth, without a strong university. The governor and his advisers may not value our university, but Alaskans do and always have.

The administration assertion that the constitution only establishes a state university, but does not require its funding, is simply ludicrous and not worth responding to.

Article 10 of the Alaska Constitution established the structure of local governments. The boroughs and municipalities are part of the state structure and share responsibilities with the state government.

The governor’s proposal would confiscate hundreds of millions of dollars of local revenue from both fish harvests and pipeline infrastructure, shifting the tax burden onto local homeowners.

Dunleavy also proposed to cut school bond reimbursements to local governments for school construction bonds. Local governments cannot afford this cost shift, and the result would be unprecedented cuts in funds for education, which will force drastic increases in local taxes and reduction of services.

It is unclear whether the governor understands the details of his budget proposals, whose development was outsourced to an appointee from Michigan named Donna Arduin. Neither Arduin nor the governor have demonstrated any real understanding of the constitutional, economic and social impacts of their radical proposals.

Not surprisingly, Alaskans across the political spectrum have reacted with outrage toward the budget and related proposals. It is important to note that Dunleavy did not campaign on these proposals, but sprung them on Alaskans after getting elected by promising voters a windfall Permanent Fund dividend. He was not given a charter to destroy everything we have built since statehood and before.

Our state’s future really hangs in the balance: Do we protect our state’s constitutional ideals, our economy, our social fabric and the public institutions that have grown our state for decades? Or do we allow this governor and his appointees to liquidate the wealth and undermine the foundations that Alaskans have worked so hard to establish?

The Alaska Constitution gives the power of appropriation to the legislative branch. The cuts proposed by the governor will result in economic recession. If cuts are required, I ask the Legislature to please moderate their size and their effect on the less fortunate.

Alaska has financial resources garnered from the development of the natural resources located on Alaska’s 104 million acres of land. We also have untapped capacity to raise additional revenue to pay for needed government services. We have a revenue problem. Many Alaskans are willing to help pay for our public services, as we did for many decades.

Lastly, Gov. Dunleavy’s three proposed constitutional amendments tie the hands of future Legislatures facing issues that are unknown to us. Follow the model of the constitution. Allow them to grapple with the problems of the day. Reject the proposals.

Let’s remain true to our Alaska ideals and reject the governor’s proposals. I urge you to stand up in defense of Alaska and its future!

Vic Fischer is the last living delegate of the Alaska Constitutional Convention, 1955-56. He also served in the Territorial House of Representatives, 1957-58, and the State Senate, 1981-86. He was the founding Director of the Institute of Social and Economic Research at the University of Alaska. He lives in Anchorage.