Board Policy, Unilateral Change, and Mandatory Subjects of Bargaining 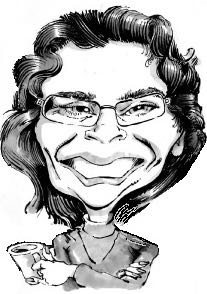 Part four of a five-part series on union issues in schools.

Subjects that have been determined to be so closely connected to the economic well-being of individual teachers and to, therefore, be mandatory subjects of bargaining include salaries, the number of hours to be work, the scope of benefits like insurance, legal indemnification, and the nature and amount of leave available to employees.

A policy decision does not become a mandatory subject of bargaining simply because it affects the amount of work a teacher must perform. For example, the Alaska Supreme Court has observed that whether teachers should have an unscheduled planning period during the academic portion of the day (as opposed to occurring before or after students are at school) fundamentally implicates the policy question of whether elementary school children should have one teacher accompany them throughout the day or whether they are old enough to be taught by different people. The scheduling of teacher preparation time is therefore not a mandatory subject of bargaining.

Similarly, decisions about class size directly affect the amount of work a teacher must perform, but are not a mandatory subject of bargaining because a determination of optimum class size is basic to school policy and management and potentially has huge impacts on overall personnel costs.

Other topics that the Alaska Supreme Court has determined are not mandatory subjects of bargaining include the district’s academic calendar and what roles may be played by paraprofessionals, aides, and specialists.

The Alaska Labor Relations Agency applies the same balancing test used by the courts whenever it is called upon to determine whether a district has committed an unfair labor practice by failing to negotiate regarding a mandatory subject of bargaining. For example, the ALRA applied that balancing test to reject a union’s claim that a school district committed an unfair labor practice by failing to negotiate an employee dress code. The ALRA noted that adopting the dress code primarily formalized a previously unwritten expectation that teachers dress in a professional manner and also emphasized that the union had not demonstrated that the dress code had any material economic impact on teachers.

When a district is considering policy changes that may have impacts on teachers and other employees, the key to determining whether or not those changes must be bargained is consideration of the extent to which the policy impacts the economic interests of employees.

Part two: “I Support What??” – Union Membership, Compelled Speech, and the First Amendment

Part three: What Does Bargaining in Good Faith Really Mean?